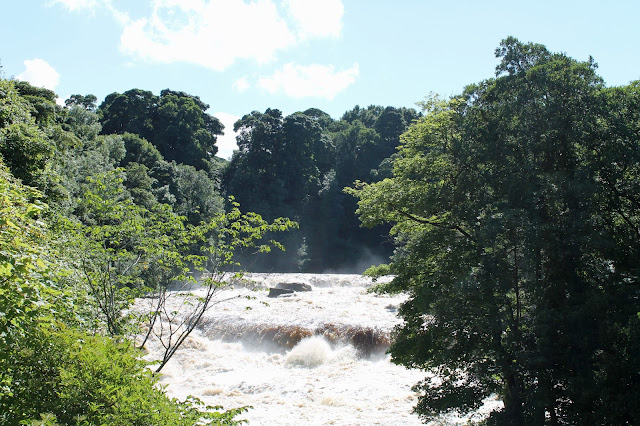 When we decided to go on our holidays to Bainbridge, I was really excited to visit Aysgarth Falls. As a child, I loved the film Robin Hood: Prince Of Thieves, and when my brother discovered that one of my favourite scenes was filmed there, I knew we had to go. 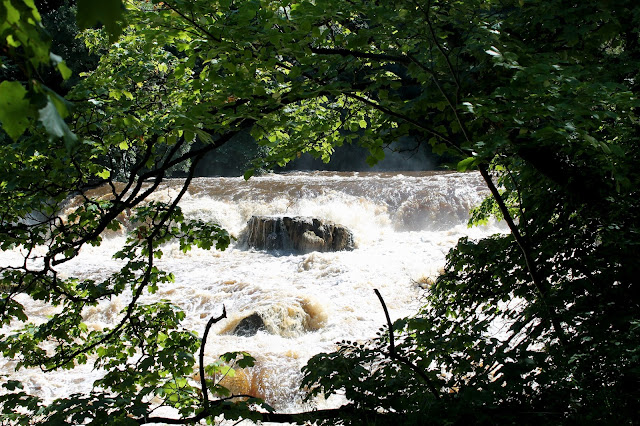 On arriving at the falls, you can hear the distant noise of the river and I found it increased the excitement hearing the water gushing as you walk along the path towards the falls. We visited after a spell of rain, so the water was travelling at a great velocity. There are three areas of the falls to visit from the car park - the upper, middle and lower falls. The falls are 5 minutes from the car park and then perhaps an additional 5 minutes between each of them. 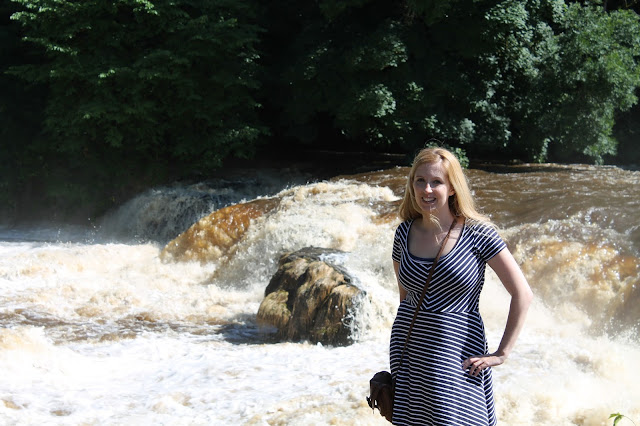 There is plenty of space to enjoy a picnic at the Upper Falls, and what a scenic spot to do so. I imagine that children would love clambering about the area. You would need to be careful with them getting too close to the river when there has been heavy rain. I have seen pictures of people playing in the river, when it is shallower, however. It would be nice to revisit when there is less water, as it looked a lot different from photos I had seen.


Visiting the falls is free, but there is a charge for parking of £2.50 for 2 hours. The falls are sort of wheelchair and pushchair accessible. We took our son in the pushchair, but to be honest we do have a sturdy pushchair. There is a path linking the falls, but to actually get right by the river in most areas you have to descend stairs or clamber over rocks, so we wished we had carried our son in his sling instead. 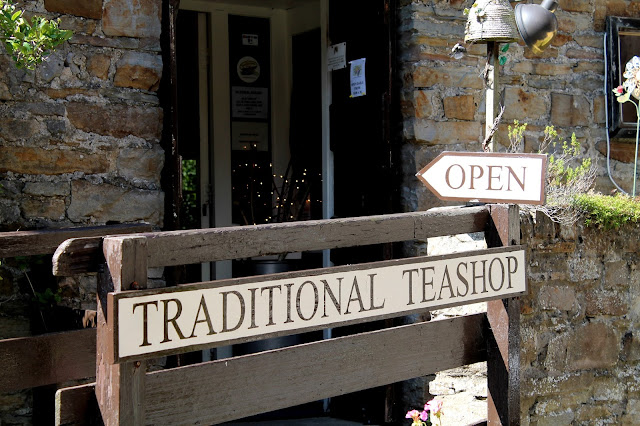 There is a visitor centre with refreshments and toilets adjacent to the car park. However, we visited the quaint little tea rooms by the bridge, in between the Upper and Middle Falls. The ice-cream was delicious. 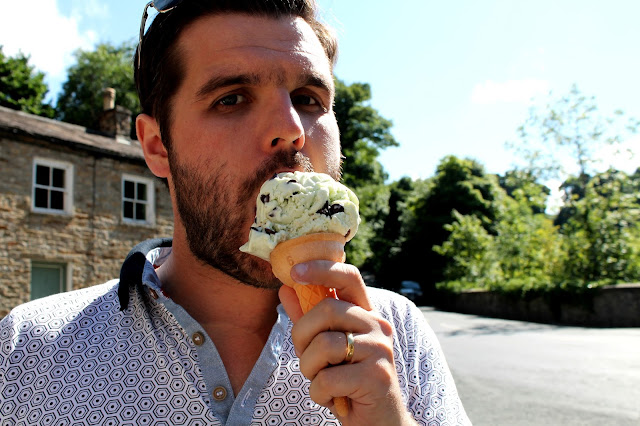 One thing I have learned from my trip, is that although it is nice to wear billowy floaty dresses, when you are bending over trying to get that perfect shot, you wish you had worn jeans. I had a constant battle against the gusts of wind, and frequently I was defeated, much to the dismay of my embarrassed husband. 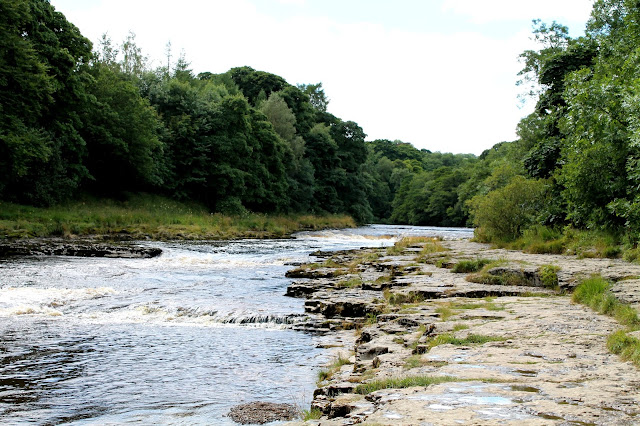 There was a rich man from Nottingham who tried to cross a river. What a dope he tripped on a rope! Now look at him shiver! 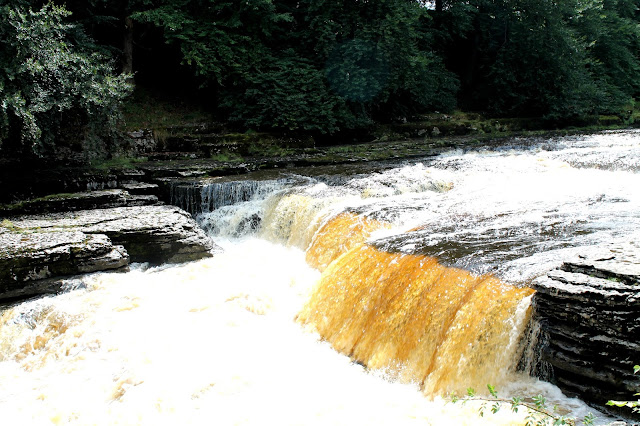 Posted by She Sees Pictures in the Clouds at 14:05